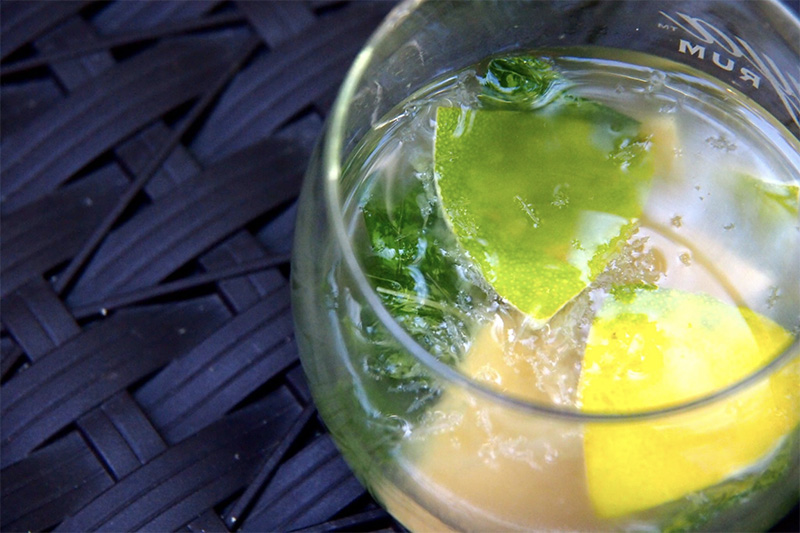 The history starts over 425 years ago in 1586. You see at that time, people drank an incredible amount of alcohol every day, much more than we do now. They drank beer or other beverages for breakfast, lunch and dinner and then for periods in between. Children drank it, pregnant women drank it, monks and priests drank it. It touched every part of life.

There was a reason, of course, that we drank so much: water was typically not healthy to drink, and so boiling it to produce booze of some kind killed the germs that made people sick. So as long as alcohol of some kind was in supply, people were actually pretty healthy.

And this was especially true on board ships. Ships of the time would be at sea for months sometimes without seeing land or taking on new supplies. So rum, beer, wine and other beverages were really important to keep sailors healthy.

In 1586 the English privateer Sir Francis Drake was pillaging the Spanish settlements in the Caribbean. The English called him a hero, but to the Spanish he was nothing more than a pirate.

On one fateful trip to sack Havana, Drake found his men suffering from malnutrition and scurvy, so he sent a shore party to land in the southernmost tip of Florida called Matecumbe to see if they could get their hands on something to cure his men. They ended up making contact with local natives who showed them how to mix local medicinals into something that would help cure his men.

Do these ingredients sound familiar?

This is the precursor to the Mojito, which was supposedly invented in Havana. As it turns out, it was simply modified in Havana not invented. They just dropped the tree bark from the drink and used rum instead of aquardiente.

The concoction worked, by the way. Drake’s men got better, and they went about their business, attacking Fort Augustine not long after.

Now the drink was recorded and named in honor of the pirate; it’s called the El Draque. So here we have the first recorded mixed drink—what we’d consider a cocktail (spirit, plus bitter, plus sweet). Here's how to make it.

In a rocks glass combine the whole lime, sugar and mint leaves and proceed to give it a good muddling. Add the rum and ice and either shake (which will really help to dissolve the remaining sugar) or stir (which will help to not let the drink get too watered down.) Garnish with a sprig of mint which has been slapped a couple of times to help it release its aroma.